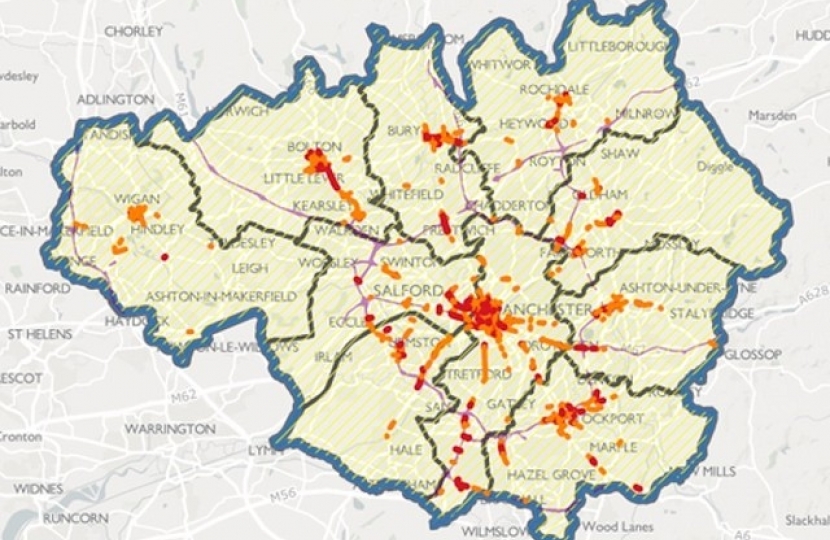 Local Conservatives have called for plans to impose a 493 square mile clean air zone in Greater Manchester that will see thousands of vehicles charged up to £65 per day to operate to be scrapped.

The Clean Air Zone or 'CAZ' has been five years in the making and was drawn up and approved by Labour Mayor, Andy Burnham and backed by Labour Councils across GM.

But with a charging zone almost 100 times larger than that in place in Birmingham, tens of thousands of residents have taken up the fight to have the scheme halted.  The first phase would see HGVs charged to enter the 493 square mile charging zone which takes in virtually every street in Greater Manchester including those in all ten boroughs, one of which is Rochdale.  The second phase, due a year later, would charge non-compliant vans £10 a day and taxis and private hire vehicles £7.50.

Councillor Dearnley added: "I am very pleased that they are pausing it, but it should be with a view to scrapping it – or certainly modifying it substantially. There’s all this talk about wanting more money from the government, but what we need is a five square mile zone at the most – not the 493 square mile zone that’s being proposed.”

“Everyone was misled because you can’t retrofit most of these vehicles, so decisions were being made on inaccurate information.  I have never known the roads as quiet, it was incredibly quiet going into Manchester,” he said, recalling his journey to a recent meeting.  It was over the top to come in with a scheme like this. People can’t afford it.

Speaking about the Pennines area, including Littleborough he said: "We are on the border with Yorkshire, where they are not doing anything so stupid, and it’s going to affect tradespeople.  If a friend of mine has a plumber come over the border to Littleborough, they are not going to come – or they are going to charge you £10 to come.  It’s not just going to hit people with vehicles, it’s going to hit the public.  Tradespeople are just not going to come and even services into our area. It should be scrapped as it has been in Leeds.”

Conservative Candidate for the Greater Manchester Mayoralty, Laura Evans has been campaigning against the CAZ charges for some time and continues to work with campaign groups to oppose the plans.

Professor Swaran Singh has agreed to conduct a one-year review of the Party’s progress on implementing his recommendations.