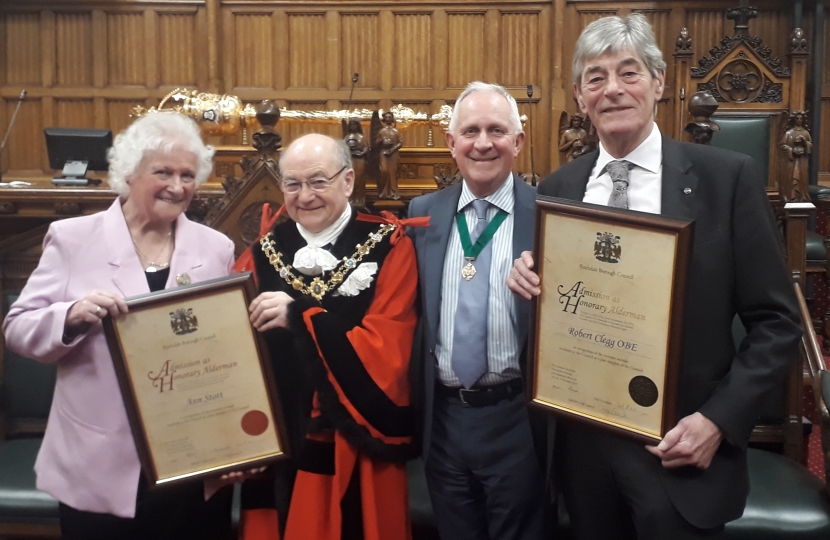 Retired Conservative Councillors Ann Stott JP and Robert Clegg OBE have been recognised for their years of service by being made Honourary Aldermen of the Borough of Rochdale.

Former mayoress, Ann Stott representedLittleborough Lakeside ward between 2011 and 2019 and was nominated for her substantial voluntary and charitable works.

Robert Clegg OBE is a former Wardle and West Littleborough Councillor was nominated for his significant contribution to local charities and the education sector.  He is a long-time supporter of Springhill Hospice and played a major role in raising the funds to have it built.  He is also a former Chief Executive of the local NHS Trust.

Both nominations were moved by Councillor Ashley Dearnley and seconded by leader of the council Alan Brett.

The Business Secretary, Alok Sharma, wrote for The Sun on Sunday thanking workers and businesses for their support during the coronavirus pandemic.