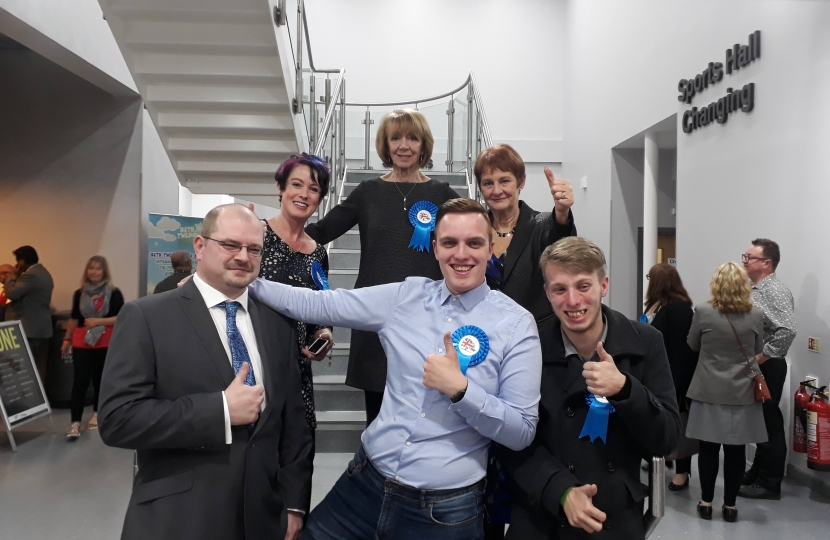 Local Conservatives have tonight held all there seats in a night which shook the Labour Party as their majority on Rochdale Council was reduced and close run fights in a number of wards showed that people were not satisfied with their politics.

All existing candidates were returned to council with outstanding majorities and new candidates taking over from retiring Councillors safely secured Tory seats.

The shock of the night came in Castleton ward where the Conservatives came within just 42 votes of securing the win, a result which left Labour in a nervous position for most of the night, only regaining their composure when the results were fully known.

Across the borough the Conservative vote has been increased and the group is taking this as a clear signal that local residents are ready for a change across all four townships.